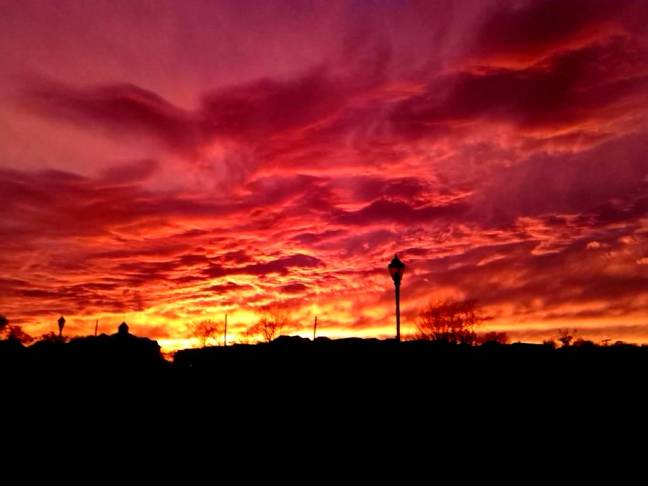 I decided to share something that I went through recently.  I just had cataract surgery on both eyes.  My right eye three weeks ago and my left eye yesterday.  I keep hearing that at 47 I’m fairly young to need this surgery.  I guess my diabetes has been the main cause, even though it’s under control.  My sugar was high for years before I got it under control.  And that takes a toll.

My right eye was the worst affected.  I think I was about 80 % blind in that eye by the time I had surgery.  When I covered my left eye I could barely see any details.  When I looked at someone’s face with just that one eye all I saw was pretty much an egg.  I saw the oval outline of a face, but I couldn’t see the details; the eyes, the nose, the mouth.  Think about what you see in a car on a humid rainy day when the windshield is all fogged up and all you can see is the vague shape of a car ahead of you.  That’s what I saw through my right eye.  It seemed to affect me really suddenly, deteriorating in just a few months.  The left eye wasn’t nearly as bad, though I had a cataract in that one too.  Things got so bad I had to use reading glasses and a magnifying glass to read a book.

I’ve always had a severe phobia of anyone doing anything to my eyes.  I won’t even wear contact lenses for that reason.  So I dreaded the first surgery, despite being assured it was safe and one of the most common surgeries.  I had to be at the out patient hospital at 6 15 in the morning.  Which was good, because at least I didn’t have it hanging over my head all day.  The worst part of it was the eye drops.  Before you go in for the procedure they give you six eye drops in quick succession.  Then after five minutes another round of the six eye drops and after another five minute break yet another round.  I’ve always hated getting eye drops and the last one of each set stings and burns.  The procedure itself was a breeze after that.  I definitely have no regrets at my decision to have this done.  Though I pretty much didn’t have a real choice.  The surgery happened on a Wednesday morning.  But it wasn’t until the following Sunday that I really appreciated the difference.  I had noticed I was able to sit at the computer and watch television without needing to wear glasses.  But that Sunday morning I went out for my first run since the op.  It was amazing.  As I walked to the park I usually run in, I looked around me and was amazed at how sharp and clear everything was.  And the colors!  The sky was such a vivid shade of blue.  The color of the leaves in the trees.  The detail!  It was as if I’d switched from an analog television to watching in HD!  That whole run was the most amazing experience and I couldn’t help looking around in wonder.   And this was with just ONE good eye!

So I didn’t dread my second procedure yesterday.  I dreaded those bloody eye drops!  They were just as bad as I remembered.  The procedure itself didn’t really worry me.  It’s fast.  It’s simple.  And it’s painless.  For anyone who is thinking of having surgery to remove cataracts I say go for it.  You won’t believe the difference.

I plan to go for my first run since my second procedure on Saturday.  I’m looking forward to that run.  Now I’ll have HD vision in BOTH eyes!

2 thoughts on “Seeing In HD”