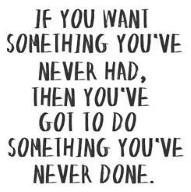 It’s amazing the power a well written television show has to affect you.  I watched two episodes of a tv show today.  Both were very dark.  Both dealt with family and loss.  Having lost both my parents I’m vulnerable to being affected by those kind of stories.  Grief is a strange thing.  It never fully goes away.  Yes, you learn to live with it.  Yes, time dulls the pain.  But that pain can so easily be brought back.  Sharply.  A certain song.  A certain scent.  Or a plot in a television show or movie.  Even a stray thought can trigger depression.

So basically I was in a real funk.  I couldn’t seen to shake this mood off.  So i decided to go for a run.  I’ve heard plenty of times exercise can improve your mood.  So I took myself to our local park.  I walked a mile as a warm up.  Then I started my run.  I only intended to run one mile.  But as I came to the end of the mile I realized I still had something left in the tank.  So I continued my run.  I managed an extra half mile.  It’s still hard.  I guess running is never going to be easy.  But my stamina is definitely increasing and my will power is getting stronger.

So did it improve my mood?  Yes, it did.  I do feel much brighter now.  Next time i get into a state of depression or a bad mood I know what to do!