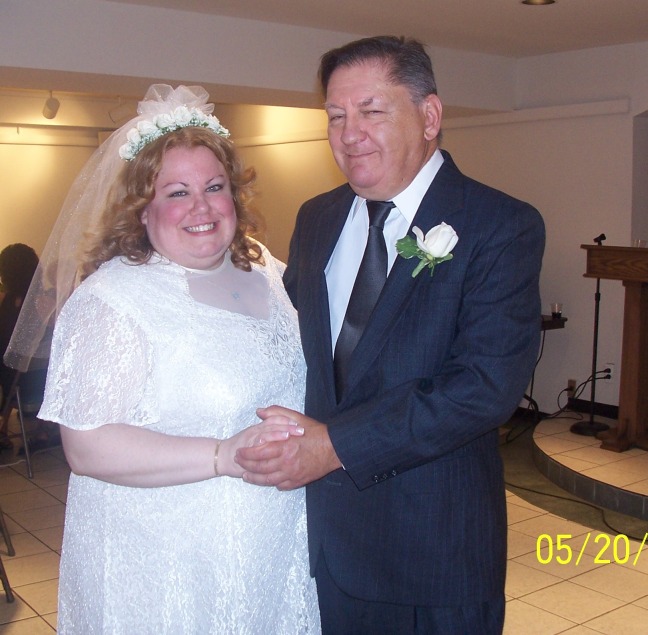 The world is a darker place today. We lost a good man. Our loss is Heaven’s gain.

My wife’s stepdad, Don, has suffered a great deal over the last couple of years. First a series of mini strokes robbed him of his ability to speak. Then he fell and broke his hip. He had surgery, rehab and was even able to go home for a couple of months. But his health started to deteriorate further. To cut a long story short he spent his last few months alternated between a nursing home and hospital. The last few weeks his kidneys failed and he ended up on dialyis. It has been so hard to watch him go through all this. But his suffering is over now. What he went through I wouldn’t wish on my worst enemy. He truly didn’t deserve to go like that. He was a proud man who valued his independence. All that was taken away from him in the end. He bore it all with incredible bravery. But it’s over now. His heart gave out Tuesday morning. We had the wake on Friday and his funeral was Saturday.

Don was a good man. One of the best. He would have given you the shirt off his back if you’d needed it, without expecting anything in return. He wouldn’t even want anything in return. Any time anyone needed him to do something he would do it without hesitation. There aren’t enough men like him in this world. Our loss is Heaven’s gain. I’m glad I had the chance to know him. He was a wonderful stepdad to my wife, Christine. This has hit her hard. But she is coping. She has many wonderful memories of him. We know he will be around us and letting us know in all sorts of ways that he is still with us. He used to like to kid around so it’ll be interesting to see how he chooses to make contact. But physically, we’ll miss him. He wasn’t the most talkative man in the world, but he was a pleasure to be around. He was just so calm. I’ve never heard him say a bad word about anyone.

Don, just know there are a lot of people down here who love you and will miss you enormously. You used to love the family gatherings. I’m sure your name will come up frequently at future family events. You have truly earned your place in Heaven.